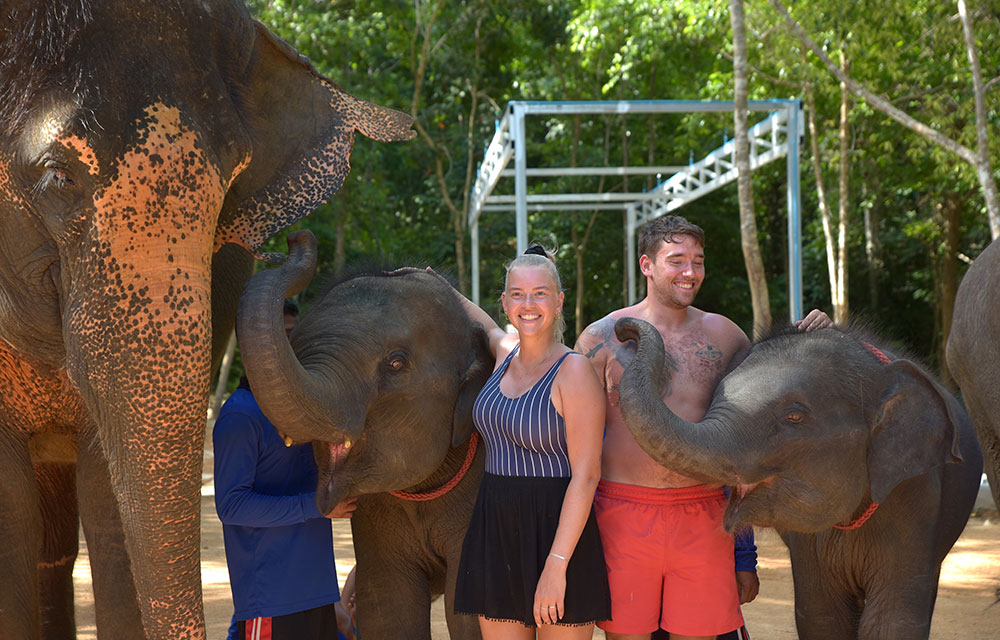 Elephant, the largest existing land animals, a heavy plant-eating mammal with a prehensile trunk, long curved ivory tusks, and large ears, native to Africa and southern Asia. It is the largest living land animal.
In general, the Asian elephant is smaller than the African bush elephant and has the highest body point on the head. The back is convex or level. The ears are small with dorsal borders folded laterally. It has up to 20 pairs of ribs and 34 caudal vertebrae. The feet have more nail-like structures than those of African elephants: five on each forefoot, and four on each hind foot.

Asian elephants are herbivores and will consume about 200 to 300 kilos of food per day and 150 liters of water. Elephants may be heavy animals, but they can run up to 15 miles per hour. 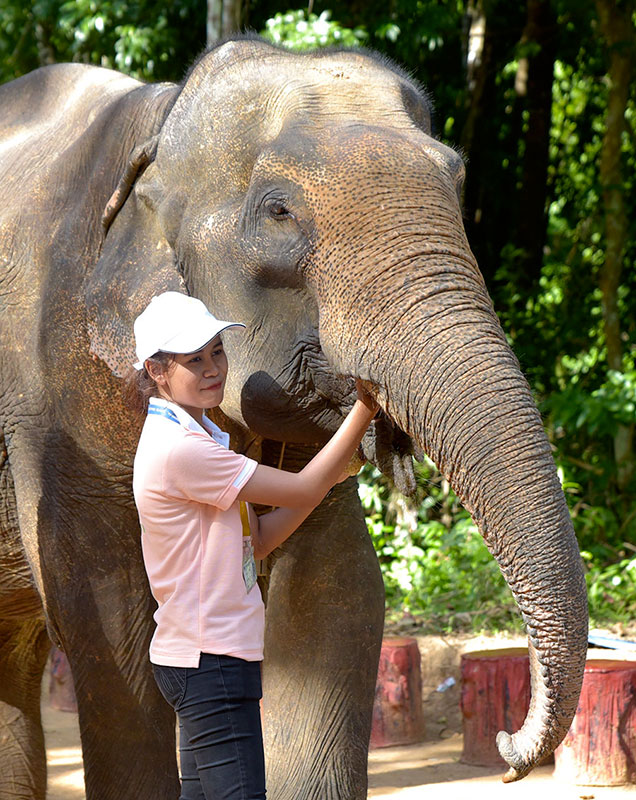 One of the most interesting features of an elephant is its trunk. An elephant’s trunk is both an upper lip and an extension of the nose with two nostrils running through the whole length. The trunk has more than 40,000 muscles in it which is more than a human has in their whole body.

This is an elephant’s most useful body part! A trunk is an elongation of the nose and upper lip. Elephants use their trunks to:

Elephants use their lips to hold onto plants while eating.

Tusks are teeth that stick out from the elephant’s mouth. They are made of a special material called ivory. Elephants use tusks to:

Elephant feet must be large and strong to support the weight of the elephant’s body.

Elephants have long tails ending in tufts of hair which they swing back and forth to
swat away irritating insects.

Elephant skin is especially thick and tough. To protect their skin, elephants cover their bodies with dust or mud to act as sunscreen and insect repellent. They also spray water over their bodies to keep their skin from drying out.

Elephant eyesight is generally poor, and may be best in dim light.

Instead of losing baby teeth one at a time like humans, elephant teeth move from the back of the mouth, like a conveyor belt, to push out and replace front teeth. Elephant teeth are large, flat and good for grinding
plant material.